Tracing the paths of heroes 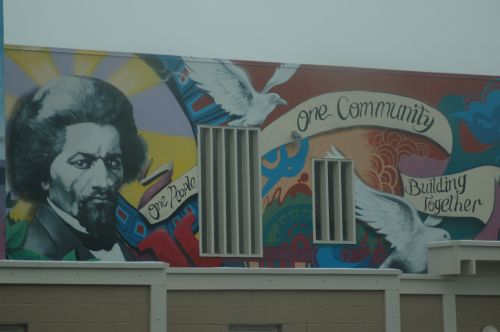 A mural with Frederick Douglass in Anacostia, Washington, D.C.

The purpose in crossing the Chesapeake Bay Bridge for Maryland’s Eastern Shore was visiting key sites in the lives of Frederick Douglass and Harriet Tubman, two local heroes with national and even international standing. An enjoyable day was spent driving to various locations from both of their lives. The sights of the day stimulated reflections on how all of us are products of our environments, and on the fortitude and courage of these two heroes emerging from the same geographical area at approximately the same time. Maryland was a border state between the North and the South in the pre-Civil War era, with very ambivalent attitudes towards slavery.

Born enslaved in two different communities on Maryland’s Eastern Shore in the early 1800s, Douglass and Tubman both liberated themselves and then led exemplary lives in different circumstances to free their compatriots. Douglass became the nationally and internationally acclaimed orator, author, politician, and advocate for the abolition of slavery. For example, he engaged President Abraham Lincoln a number of times during the Civil War. Less well-known but as inspiring, Tubman bravely returned more than a dozen times to the area where she was born to help about 70 people escape to freedom through a secret network of people, places, waterways and land-based routes called the Underground Railroad. Amidst his many activities, Douglas was also an agent in the Railroad, sheltering innumerable former slaves en route to their new lives. Later in her life, Tubman was active in pushing for women’s suffrage.

In Rochester, New York, where he settled, Douglass is recorded as having said this to Tubman on August 29, 1868: “The difference between us is very marked. Most that I have done and suffered in the service of our cause has been in public, and I have received much encouragement at every step of the way. You, on the other hand, have labored in a very private way.”

For Douglass, experiences as a slave in the Talbot County homes of his owners on Maryland’s Eastern Shore made him realize that blacks and whites could engage positively, notwithstanding the vicious racism he experienced in the community. There he apparently also recognized that he might be able to rise above his circumstances and free himself. In the home of another of his owners, this time in Baltimore, he learned to read, found religion, and experienced relative freedom of movement. When back in Talbot County, this time with a new owner who was particularly cruel and harsh, Douglass literally had a fistfight with him. In his 1855 book, My Bondage and My Freedom, Douglass remarked, “This battle with Mr. Covey…was the turning point in my life as a slave…I was NOTHING before: I WAS A MAN NOW”.

In Tubman’s case, her intimate familiarity with the Eastern Shore’s watery channels and inlets, together with the outdoor survival skills she learned in Dorchester County, facilitated her own liberation and her subsequent heroism in freeing so many others—despite increasingly severe punishment for those assisting slaves to escape. She had learned how to assess the tides of the Chesapeake Bay, gauge direction from the North Star’s location in the heavens, and forage for food in the forests, marshes and waterways of the area.

It is appropriate that, in March 2013, President Barack Obama recognized Tubman’s special affinity with the area of her birth and youth by designating part of Dorchester County a National Monument. A state park will follow near Blackwater National Wildlife Refuge. What a wonderful way to recognize Tubman’s connection to the natural world in which she was raised. The illiterate Tubman succeeded in helping herself and so many others acquire freedom because of her intimate knowledge of the Eastern Shore’s unique and challenging wetland ecosystem.

Douglass has received many accolades and much acknowledgement for his eloquent accomplishments. A statue of Douglass, for example, has the honour of being the sole statue representing the District of Columbia in National Statutory Hall, the U.S. Capitol’s collection of two statues per state. He lived partly in the District and in fact died in his D.C. home in 1895.

Getting a feel for the physical landscape and environment is the essence of self-guided driving tours that are available to key places in Douglass and Tubman’s lives. Brochures for the tours acknowledge the dearth of “structures or statues” but recognize that Tubman especially is “memorialized in the land, water, and sky of the Eastern Shore”. Even if the self-guided driving tours are a little overhyped and anti-climatic—with original buildings typically gone and relevant locations often on private property that cannot now be accessed—the enthusiasm of locals for sharing this history is energizing. For example, the visitor center assistants in Cambridge and Easton were so warm and welcoming, and the volunteer at the restored Linchester Mill near Preston, lovingly tending the immaculate garden on the property, was completely passionate about the historical preservation underway there. Their joy in visitors being interested in their history was palpable and inspiring.

It is remarkable that two such outstanding individuals emerged from the same geographical area at approximately the same time in pre-Civil War America. As South Africans well know, ordinary people, often from border or transitional areas, can sometimes be formed into historic actors in times of turbulence and moral turpitude. 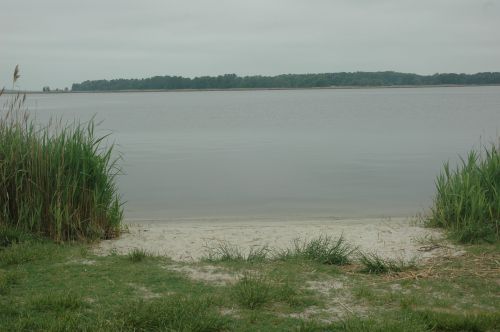 A landing on the Choptank River in Maryland, close to where Harriet Tubman is thought to have made her first escape.