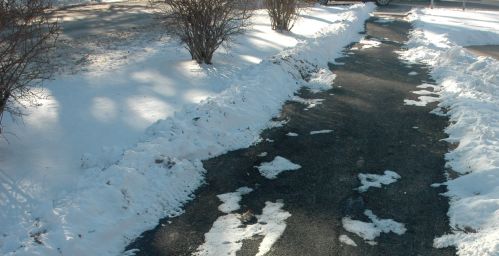 A significant snowstorm this past Tuesday, followed by days of atypical sub-zero temperatures, resulted in schools being closed across the Washington metro area. In Northern Virginia, officials of Fairfax County Public Schools (FCPS) cancelled school from Tuesday to Thursday, and delayed the start by two hours on Friday. This was welcome news for those in FCPS wanting a respite from the routine of school. But it was controversial for others, including this FCPS parent. Monday had also been a day off from school; it was the public holiday honouring Martin Luther King, Jr.

Officials in neighbouring counties reacted differently to the snow and subsequent deep freeze: further west in Loudoun County, school was cancelled for all four weekdays, reflecting the higher quantity of fallen snow there and the difficulty of clearing snow off its more rural, sometimes hilly roads. In Montgomery County to the north and Alexandria and Arlington Counties to the east, as well as in the District of Columbia itself, schools were closed for Tuesday and Wednesday, and delayed for two hours on Thursday.

Some in our county were incredulous when FCPS cancelled school the third day. A delayed start seemed a more appropriate response. The usual two-hour delay would have ensured that school goers walked to school or bus stops in daylight, not the usual darkness of January mornings, and would thus have been able to see most icy patches or other obstacles en route. Cancelling school entirely was an over-reaction—albeit a revealing one.

Sensitive to criticism of their decision on Thursday’s closure, when announcing Friday’s delayed start, FCPS officials noted, a little defensively, “FCPS’ primary concern is always student safety when making a decision about opening or delaying schools. In addition to considering information from a range of public safety sources, FCPS transportation supervisors travel the routes our buses would traverse and inspect bus stops and the pathways that will be used by walkers. When there are areas in the county that are considered unsafe or treacherous, schools are closed.”

Friday’s delayed start was not incident free. FCPS acknowledged in an email sent to parents shortly after 9 a.m. that it was “experiencing significant mechanical problems with a number of buses across the county … due to the freezing temperatures. Some of these buses will be late picking up students; some may be very late. Parents are advised to take precautions to ensure that their children are not standing outside in the cold for extended periods of time. Mechanics, transportation supervisors, and drivers are working to the best of their ability to get the buses running and on time”.

Undoubtedly there are people who will criticize FCPS for Friday’s delayed start and suggest that schools should have remained closed on Friday too. They might say that so many buses with mechanical issues due to the low temperatures prove the decision to have school, albeit delayed, unwise.

I am definitely one of those who felt resuming an as-regular-as-possible school schedule should have been attempted, with a delayed start, on the Thursday already. Certainly, it was extremely cold. One is reminded of the expression, “There’s no such thing as bad weather; there’s only bad clothing”. Most living in this region would have adequate protective clothing; winter here typically does include really chilly days, although temperatures as consistently low as they’ve been over the last days are unusual. The curious unwillingness of teenagers to wear jackets is obviously not a reason to cancel school.

The over-cautious decisions from FCPS reflect a broader tendency in U.S. society—the general widespread adoption of risk aversion policies and processes. FCPS officials are terrified of the possibility of being sued. Whether this could be for an accident involving a FCPS student falling on an icy sidewalk or pavement at a school, or, heaven forbid, being hit by a car sliding on ice, or, I hate to suggest it, a bus accident with elementary school children on board, or some other horrible scenario. FCPS officials cannot entertain the possibility of being liable. So instead hyper-conservative decisions are made.

Risk avoidance is endemic in the United States. There are signs everywhere disclaiming responsibility for this or that—or warning that use of whatever is at people’s own discretion. One is forever signing indemnity forms absolving others of any responsibility for anything. Lawyers predicate far too much behaviour in this society.

There are, of course, profound anomalies to this society-wide aversion to risk. Promiscuous gun laws in the United States are, to my mind, the most baffling contradiction to this excessive concern with safety. The ease with which guns can be purchased, plus the way in which they can be concealed and carried in everyday life, are aspects of U.S. society I struggle to understand. The presence of a firearm by definition always escalates the chance of any situation spiralling out of control and compromising people’s safety.

Life is full of freak, random events. It is impossible to control for everything. Surely school children would be better served by not being too sheltered but by being exposed to some risks and learning coping mechanisms? More exposure to adversity and less cossetting would help childrens’ coping and social skills.